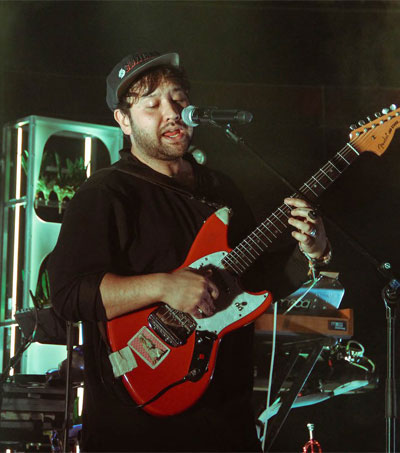 Two albums by New Zealand artists have made UPROXX’ list of must-hear Indie albums of 2018: Future Me Hates Me (The Beths) and Sex & Food (Unknown Mortal Orchestra).

“What happens when a trumpet teacher from New Zealand gets a band together with three of her former classmates from studying jazz in college? Well, you get the debut album from The Beths, a record that sounds like the absolute opposite of what you’d expect given that backstory,” as reported on UPROXX.

“Instead of horns and complex time signatures, The Beths make warm, exuberant guitar-based indie pop filled with blasts of distortion and infectious melodies. Bandleader Elizabeth Stokes’s singing balances fragility and toughness with a voice that is imbued with her personality and wit.”

“Unknown Mortal Orchestra (UMO) dropped an excellent, funky and eccentric pop album this spring to break their three year hiatus from releasing full-lengths. Anchored by the incredibly catchy, remarkably successful single Hunnybee, Sex & Food ranks up there with the best releases from UMO yet,” according to the article.

“Then, later in the year, the New Zealand-born Ruban Nielson and his crew released a second full-length, IC-01 Hanoi, a succinct and fully instrumental album recorded at Phu Sa Studios in Hanoi, Vietnam that features Ruban’s father, Chris Nielson, along with the regular UMO band and local Vietnamese musician Minh Nguyen.”

“It’s a gorgeous, off-kilter distillation of free jazz and experimental impulses, but, in some ways, IC-01 Hanoi served to emphasize how brilliantly accessible Sex & Food is, revealing that Nielson’s ear for a pop melody is fine-tuned on the project, even if it’s not his only musical skill.”