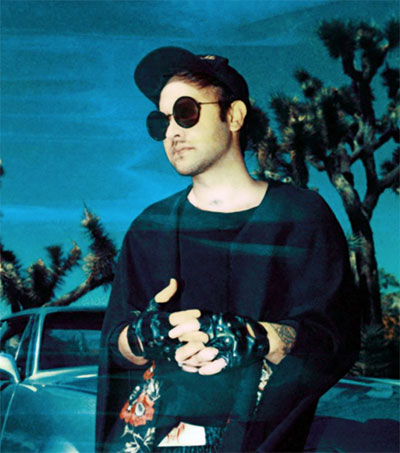 Ruban Nielson, New Zealand-born singer and guitarist of Unknown Mortal Orchestra excitedly addressed the sold-out crowd at the WOW Hall, in Eugene, Oregon. “What’s up, Eugene? You alright?” Unknown Mortal Orchestra (UMO) brought a unifying experience to Eugene with their psychedelic rock performance at a recent show, with support from indie-rocker, fellow New Zealander Emily Edrosa and her band.

The gig is reviewed by Emily Lindberg for online student magazine, Daily Emerald.

Unknown Mortal Orchestra released two albums in 2018, Sex and Food and an instrumental album IC-01 Hanoi. Sex and Food offers a peek inside Nielson’s head with standout tracks like, ‘Not in Love We’re Just High’. IC-01 Hanoi is an ambient instrumental album that came to fruition from the recording sessions for Sex and Food. The band is currently playing a string of shows on the west coast, including an appearance at Coachella Music Festival.

The atmosphere created through the show was amplified by the stage decorations UMO used. The stage was adorned with hanging, green plants and was set up to be reminiscent of a comfy living room. The set decorations added an extra visual for the psychedelic, dreamy music.

Unknown Mortal Orchestra’s infectious melodies and the unique community they create through live performance is an experience that makes you want to relive it over and over again. The combination of feel-good songs and a communal atmosphere made certain this concert would stay with the crowd long after UMO left the stage.

After Coachella, on 13 June, the band head to Orlando, Florida, followed by a show in Atlanta, Georgia on 14 June.