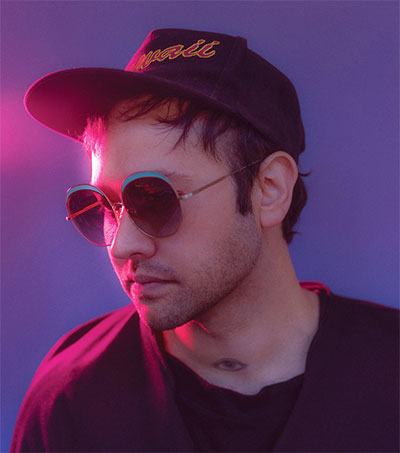 In search of a new direction after three critically acclaimed psychedelic indie rock records, 38-year-old New Zealander Ruban Nielson, frontman of Unknown Mortal Orchestra, took to the road to write and record album No 4 in various locations around the world with his portable studio and bandmates (including brother Kody) in tow.

In Mexico City, he was caught in the midst of the catastrophic earthquake that struck in September 2017. He travelled to the demilitarised zone between North and South Korea (later spending some time recording in the nearest studio, which was in Seoul) and then there was the trip to Hanoi, Vietnam, where he was briefly detained by police for attending a gig that was “kind of like a protest thing”.

“That was a very interesting experience for me to go through at the time,” Nielson says. “It didn’t give me any answers to anything. It just helped to make everything more ambiguous than ever. But on the way back, I started writing on the plane and I had most of the lyrics that I needed for the rest of the album by the time I landed.”

Unknown Mortal Orchestra’s output has been both critically acclaimed and hailed for its eclecticism from the very beginning, but 2015’s Multi-Love proved to be their biggest release to date.

Eight years after first forming Unknown Mortal Orchestra, Nielson claims not to be one for looking too far ahead, but as far as he’s concerned, UMO will keep making music for as long as they possibly can.

“I hope it’s not finite,” he says. “It feels like something I would always have something to contribute to … so I do feel like I could make another four albums. I feel like I haven’t had to compromise anything; I have a group of people around me who seem to believe in what I do. With every record, I think that I might have gone too far – like, ‘How much longer can I be this personal and still make a living?’ but it’s still going. So I think we’re just still kind of making it up as we go along … but that’s okay.”

UMO plays at NOS Primavera Sound in Porto, Portugal on 8 June and on 10 June at the Best Kept Secret Festival in the Netherlands. The band’s North American tour kicks off in Richmond, Virginia on 6 July.