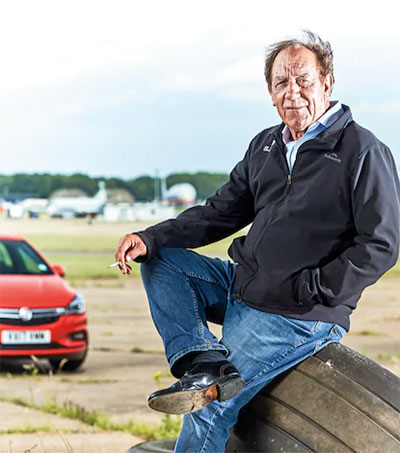 When the world’s top drivers need coaching, they turn to coach and veteran pro driver, New Zealander Rob Wilson. At his “second home”, the Bruntingthorpe Proving Ground airfield in rural Leicestershire, England, the great and the good of Formula 1, IndyCar, DTM, the FIA World Endurance Championship, World Rally Championship, and countless other professional racing series come to hone their craft under his tutelage. Yes, in a Vauxhall Astra.

Kimi Räikkönen. Juan Pablo Montoya. Valtteri Bottas. Marco Andretti. Petter Solberg. Whatever name pops into your head, chances are the pro driver has been to this former USAF base and been coached by Wilson in a humble family car.

Sometimes they’re a tenth quicker than he is but not often. He doesn’t advertise. There’s no website full of inspiring nonsense to build his business. If you want to employ Wilson, you need to know someone with his number. Fortunately, everybody in high-level motorsports has his number.

Wilson’s driver training is a hands-on experience, quite literally. He likes to teach in the Vauxhall economy car because “when you make a mistake in this car, you feel it for a long time.”

His eureka moment came as he stood beside Stowe corner at Silverstone in the late ‘80s – his broken Bowman F3 car next to him – with nothing much to do. So he started watching and then timing as Rickard Rydell and Gary Brabham pounded around. Brabham was incredibly early on the throttle and looked and sounded fast, but Rydell was quicker. Wilson worked out why and gave his solution to Brabham. Sure enough, those times improved. Suddenly Wilson was a driver coach, and in those early days he used Goodwood as his base. He carried on racing well into the 2000s, but his real gift was apparent: He made the best even better.