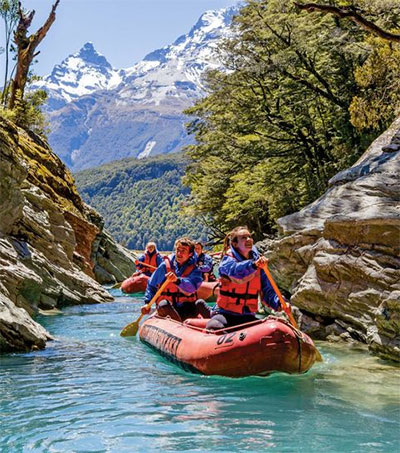 With 3.5 million short-term arrivals last year – 480,000 more than had been projected only two years earlier – a hotel shortage may end up harming New Zealand’s biggest foreign exchange earner, according to a Bloomberg report.

“If we don’t fix these things and look to the long term, we’ll be putting a cap on our own growth,” said Quinton Hall, chief executive officer of Ngai Tahu Tourism, one of the country’s biggest adventure tourism operators. “We’ve got a natural cap on our peak period right now because we just don’t have the accommodation in New Zealand. Even if they wanted to come, they couldn’t find anywhere to sleep.”

Tourist numbers jumped 12 per cent in 2016 and are forecast to reach 4.5 million by 2022 – almost matching the country’s current population of 4.7 million. Government research last year identified a likely shortage of more than 4500 hotel rooms by 2025, after taking into account existing construction plans for about 5200 new rooms.

Hotel occupancy in Auckland averages 94 per cent in February and about 86 per cent over the year, with the nation’s largest city frequently full.

In Glenorchy, near Queenstown, where Ngai Tahu offers jet-boating, canoeing and horseback trail rides, the company is forced to bring in chemical toilets during peak season because the small town’s waste-water facilities are insufficient.

There’s a similar issue at Franz Josef where untreated sewerage was pumped into a nearby river after a surge in tourist numbers.

Regional councils this week estimated $1.4 billion needs to be spent on tourism infrastructure to keep pace with demand. The government, which disputed that figure, has allocated $17.5 million. The association representing tourism operators wants more, noting that foreign tourists contribute $1.15 billion annually to the government’s coffers in sales taxes alone.

There are also growing calls for visitors to pay to enter national parks, as they do most days at the Yellowstone and Grand Canyon national parks in the United States.