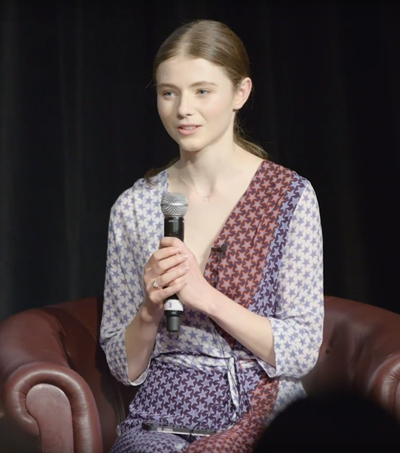 “Connelly stars as the female lead, ‘a single mother who runs a local bar near the Navy base,’ and McKenzie will play her daughter.”

“Little has been revealed by way of plot, but once the sequel wraps filming, starts in on post-production, and ramps up the marketing machine, you can expect that to change,” writes Trumbore.

“The Joseph Kosinski-directed film is slated for release July 12, 2019 (US). The script was written by Peter Craig, Justin Marks and Eric Warren Singer. Jerry Bruckheimer is producing with Cruise and Skydance’s David Ellison.”

Earlier this year Thomasin McKenzie made headlines for her stellar performance in Leave No Trace.