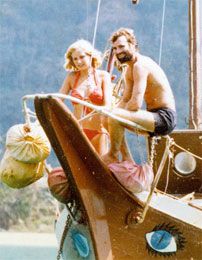 This Brother to Memorialise

Former champion rower Rob Hamill’s film Brother Number One, which tells the story of his brother Kerry Hamill and two friends killed in Cambodia after accidentally sailing there in 1978, was among 16 entries from 12 countries screening at the 2012 Human Rights Watch Film Festival in New York. The film raises awareness of the bloody Khmer Rouge regime and its leader, Pol Pot. Hamill’s brother Rob said that until recently, few of his countrymen were aware of the madness that gripped Cambodia in the late 1970s. “If I’d ask them if they knew who Pol Pot or who the Khmer Rouge were, a lot of them wouldn’t have known,” Hamill said. Rob testified in court against the leader of Tuol Sleng (S-21) prison camp, Duch, in 2009.