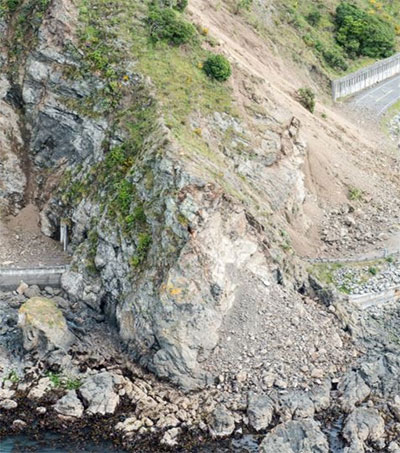 Information has come from observations on the ground and the analysis of coastal regions by GNS Science, which also found some areas were raised by up to 8m.

The tremor, with an epicentre near the tourist town of Kaikoura, ruptured a swath of land almost 200km long.

GNS has published the first of 10 papers on the powerful quake in mid-November 2016 in the international journal Science. Two people were killed when the earthquake struck and Kaikoura was cut off by landslides.

Ian Hamling is the lead author of the research paper. He says the shifting of the earth in New Zealand occurred when powerful seismic forces pulled the ground in different directions.

“It is kind of like a shearing, so I guess the classic people always think of is a San Andreas-style fault, where you get the two sides of the fault zone moving in opposite directions,” Hamling said. “And so that is what we see: parts of inland Kaikoura up to Cape Campbell have gone to the northeast and then in some areas to the south of that have gone in the opposite direction.”

The research paper, led by GNS, included the work of 29 co-authors from 11 national and international institutes, such as the NASA laboratory in California and the University of Leeds in Britain.