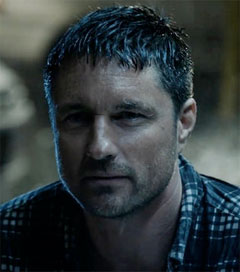 There’s a New Sheriff in Town

Dark and dramatic, The Red Road is set in in the fictional town of Walpole, New Jersey. When Jensen is asked to look for a missing person from the city, he runs across (Game of Thrones’ Jason Momoa) Phillip Kopus, an ex-con just out of prison after six years who has returned to his hometown to run a drug ring for the man who raised him.

Though essentially a crime drama, The Red Road also involves two communities at odds. Auckland-born Henderson says he is aware of culture clashes in his own country involving Maori people.

“A lot of bad things happened 150 years ago, and the fallout of that continues today,” Henderson says. “So I’m very familiar with that and sympathetic and understanding of both sides. As a New Zealander who grew up there, I feel entitled. It’s my country. It’s my home. Yet at the same time, I’m very well aware of what happened historically and how wrong that was.”

But Henderson also points out that the while the show may be addressing a difficult topic in an “intelligent way,” it also has “a lot of car chases and fights and some sexy, fun stuff.” As for playing an American, the actor jokes, “Luckily most of the leading men in Hollywood are from New Zealand or Australia nowadays. I feel like I can.”