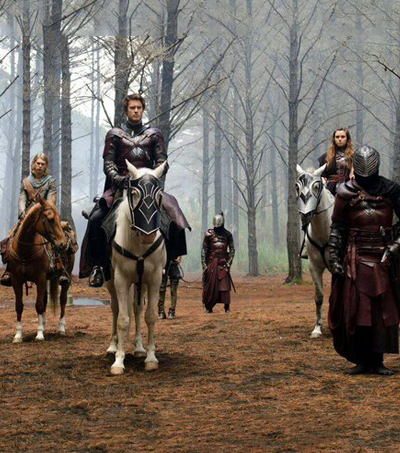 “MTV’s new fantasy series “The Shannara Chronicles” is set in the future but features elves and gnomes and promises plenty of old-fashioned adventure,” writes Nick Perry for The Republic.

The show is based on a series of books by Terry Brooks and was filmed in New Zealand.

“I grew up in a time when boys read science fiction. No one read fantasy. I didn’t get to Tolkien until I was 21. It was transformative,” said Brooks.

Reading ‘The Lord of The Rings’ “opened up the possibility for him of writing in another world, one that was reminiscent of the fairy tales many people read growing up.”

“We really want to make a big statement. We want the audience to know we are here and willing to take some risks. This is definitely a big show for us and a big swing for us,” said Mina Lefevre, MTV’s head of scripted development.

According to Lefevre the series is quite unique even though it does share elements with Game of Thrones and Lord of the Rings.