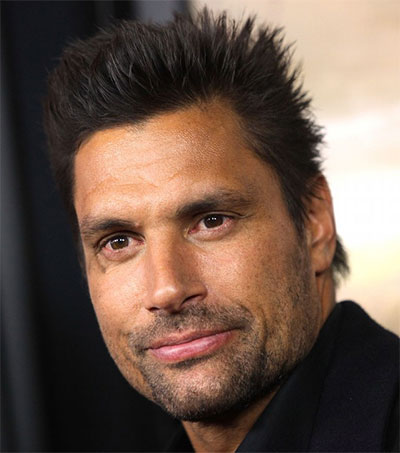 Rotorua-born film and television star Manu Bennett, 46, one of the big drawcards at the recent 2016 Supanova Pop Culture Expo, cut his teeth as an actor on the Gold Coast back in 1993 as one of the stars of locally filmed soap Paradise Beach.

“Coming here to the Coast is deeply reflective for me,” the father of three said.

“I started my career here playing a lifesaver, Kirk Barsby, the wealthy son of the richest developer on the Coast, Tom Barsby.

“I was 22. The character was very different to where I was in my life.”

A talented athlete who played first-grade rugby for the Newcastle Wanderers, Bennett was also a pianist, modern dancing and classical ballet student who studied dance at drama at university before travelling to Los Angeles on a scholarship to attend The Lee Strasberg Theatre Institute.

“I played for the NSW rugby team and danced Swan Lake ballet – I couldn’t try out for the Australian team because I was dancing in Swan Lake,” he said.

Since landing his first leading role in the 1999 feature film Tomoko, Bennett has starred opposite Anthony La Paglia in acclaimed Australian feature Lantana and enjoyed acclaim as Azog The Defiler in The Hobbit trilogy.

Renowned for his rugged good looks, Bennett also won fans around the world with hit TV roles as Allanon in The Shannara Chronicles, Slade Wilson (aka Deathstroke) in Arrow and as Gallic gladiator Crixus in Spartacus: Gods of the Arena and Spartacus: War of the Damned.