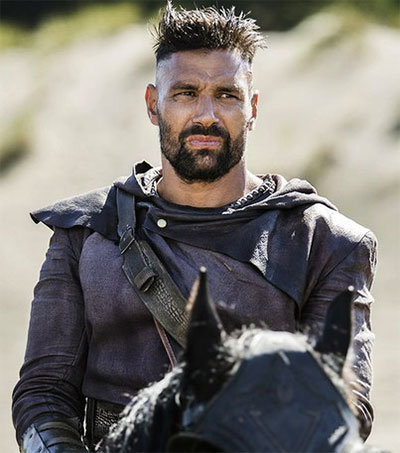 In a Shannara Chronicles “Behind the Scenes” MTV video, New Zealanders Manu Bennett, who plays the druid Allanon, and Jed Brophy, demon king Dagda Mor, reveal their thoughts about the made-up language entitled Noalath – which was created by David Peterson (whose credits also includes Dothraki and High Valyrian from Game of Thrones).

“It’s a foreign language that I wouldn’t have taken up in school,” Bennett jokes about his onscreen fictional native tongue, while Brophy adds that, “it sounds fantastic, especially if you say it with a slightly Slavic accent.”

Fun-talk aside, Rotorua-born Bennett, 46, reflects on the moments where he has to employ this other form of dialogue – and how these interactions are different from those with the other Four Lands inhabitants.

“It’s something that obviously sets the tone, where I go into these scenes with the Dagda Mor and we have to speak this language – and it definitely shows that we come from this other dimension that has its own language,” he adds.