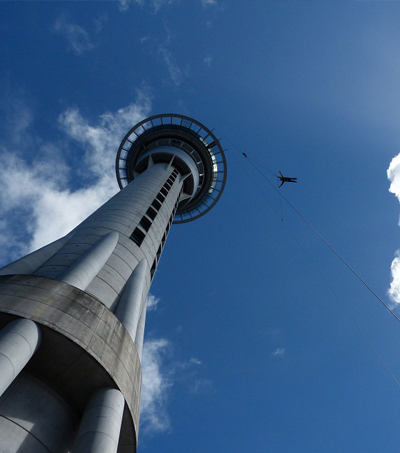 The Adventurous Side of New Zealand

“New Zealand is where you’ll find coy honeymooners gazing at each other; intrepid backpackers exploring the highest peaks and the deepest seas, Nature enthusiasts on a relentless trail of whales and dolphins, and adventure sports enthusiasts trying the most bizarre stunts,” writes Priyadarshini Paitandy in an article for The Hindu. And there are plenty of adventure sports to indulge in in Kiwi country.