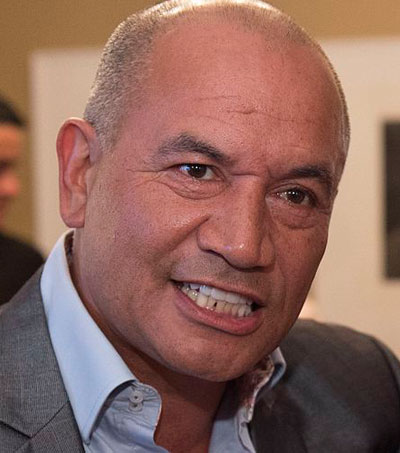 Temuera Morrison & Sam Neill to Star in “The Brighton Miracle”

Temuera Morrison and Sam Neill are to star in “The Brighton Miracle”, a film that portrays “Japan’s famous win over South Africa at the 2015 Rugby World Cup.” The victory is “regarded by many as one of the greatest sporting upsets of all time.” Rich Freeman reports for Kyodo News.

“What Eddie Jones and his team did in 2015 was truly magnificent and worthy of being remembered,” said award-winning writer and director Max Mannix. “The story goes beyond rugby in the same way ‘Chariots of Fire’ wasn’t just about running. That was more a film about the distinction between class, belief and religion.”

“No one gave the Japan team a chance against South Africa, who at the time were the most successful Rugby World Cup team in history. The result was celebrated around the world. What I want to do is try and show why it happened (and) where did the self-belief come from?”

“The 53-year-old former professional rugby league player, who has spent much of his time as a writer and director in Japan, confirmed an all-star international cast had been assembled with New Zealand actor Temuera Morrison set to take the role of coach Jones and Australian Uli Latukefu portraying Brave Blossoms captain Michael Leitch,” writes Freeman. Sam Neill will play Jones’ father.

“Eddie understood humiliation because he had lived it,” said Mannix, explaining that while Jones’ Australian father Ted was fighting in the Vietnam War, the young Eddie and his Japanese mother Nellie were ostracized in Sydney, a city riven by racial tensions in the late 1960s.”

“He is a complex character and I wanted people to see why that is”.