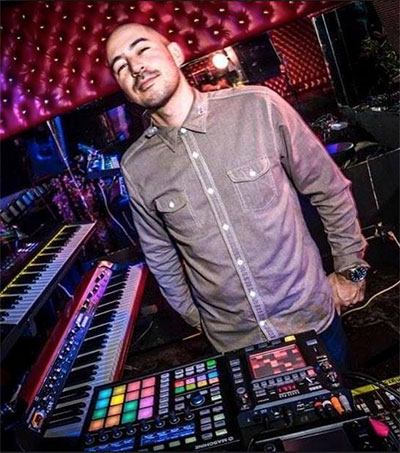 Take a Sonic Journey in LA With Mark de Clive-Lowe

Auckland-born Mark de Clive-Lowe, who now calls Los Angeles home, juggles piano, synths and live sampling with effortless fluidity. De Clive-Lowe will perform Mirai No Rekishi (未来の歴史) / History of the Future, “a sonic journey from ancient Japan to today an beyond” on 26 August at Grand Perfomances in LA.

This major voice in jazz and electronic music premieres the new work drawn from his Japanese roots, fusing the traditional with the future.

In New Zealand, MdCL learned piano from a young age, developing an avid passion for jazz through his father’s record collection. In high school, he fell in love with Native Tongues hip-hop and early UK jungle, laying the foundation for what was to come next.

During his hugely formative decade at the epicentre of London’s underground music scene, MdCL helped evolve broken beat alongside some of the UK’s most forward-thinking trailblazers, establishing himself as a new voice in progressive electronic music and leading global tastemaker DJ Gilles Peterson to designate him “the man behind a million great tunes.”

Since 2008, MdCL has lived in Los Angeles, where his acclaimed nightclub CHURCH has taken his signature sound of technology and beat-infused jazz mash-up from coast to coast and around the globe.