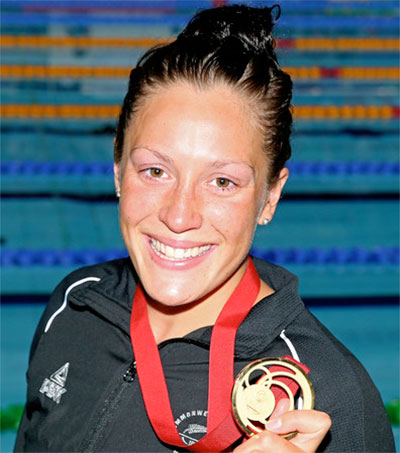 Christchurch Paralympic swimmer, and gold medallist Sophie Pascoe may only be 22, but she is already a veteran on the sport’s elite stage and aims to retain the titles she won in London in 2012.

Winner of six gold and three silver medals at the 2012 Summer Paralympics in London, Pascoe will compete at her third Games in Rio de Janeiro in 2016.

“I’m excited about Rio and expecting its people to be fun, flamboyant and keen to deliver a fantastic Paralympic Games experience,” Pascoe told Rio2016.com.

“I’m looking forward to seeing a large number of highly competitive athletes in Rio as Paralympic sport continues to go from strength to strength each year. It’s harder to retain a title and that’s what I plan to do.”

Pascoe continued her outstanding form at the Commonwealth Games in Glasgow in 2014, winning the 100m breaststroke in the SB9 class and 200m medley in the SM10 division.

When asked if she had to make sacrifices to achieve success in the pool, Pascoe replied: “Yes, in respect of having a social life like my friends do and also in my studies.

“I had to grow up a lot quicker than my peers. However, I’m doing what I love and I can’t ask for much more. Also, the more I travel around the world, the more I gain knowledge and independence.”