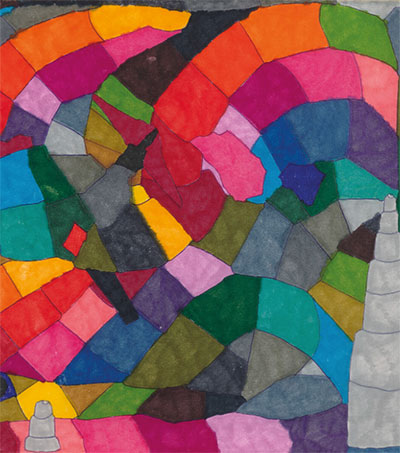 King is the second septuagenarian to make the list (the other is Briton Winston Branch), having also found late-career fame, the website says.

King drew prolifically until her thirties, when she suddenly stopped. She only started again in 2008, after a documentary filmmaker persuaded her to return to making art.

Over the following decade, her reputation spread internationally, most notably with solo shows at Andrew Edlin Gallery in New York and Marlborough Contemporary in London. Her work has also been shown at the Outsider Art Fair in Paris and New York, as well as at Art Basel Miami Beach.