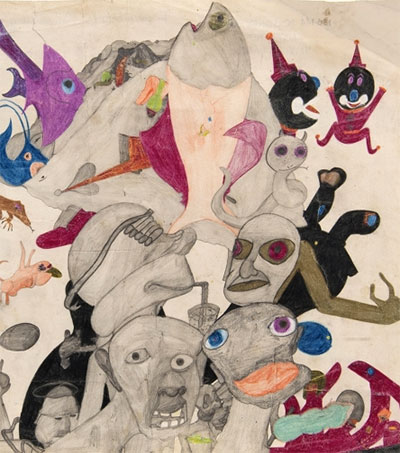 “As the Outsider Art Fair (OAF) – which opens [in New York on] 18 January, and runs through 21 January – rolls into town, the specialised sector it celebrates has plenty to crow about, even as debates about certain provocative aesthetic issues course through it, some at a simmer and some, typically, at a raging boil,” Edward Gómez writes for US arts online magazine Hyperallergic. New Zealand artist Susan Te Kahurangi King’s work is part of this year’s line up.

“This 26th edition of the OAF, which serves as the leading annual, international forum for the exchange of information and the sharing of discoveries of previously unknown works comes on the heels of the very successful 2017 Outsider Art Fair Paris, which marked its fifth anniversary this past October,” Gómez writes.

“Veteran dealer Randall Morris, the co-director, with Shari Cavin, of New York’s Cavin-Morris Gallery and a well-known commentator on outsider-art aesthetics, said that, now more than ever, serious collectors have certain ‘golden’ criteria in mind when evaluating artworks, including their ‘authenticity, originality, visual power, and in most cases a sense of timelessness; they want to a work to be as relevant 50 years from now as it is today.’

“Inventive draftsmanship is also in evidence in the work of King which the dealer Chris Byrne has shown here before; King started making drawings as a child and, between the ages of four and nine, stopped speaking. When she was in her 30s, she ceased making art, but she resumed drawing in 2008. Byrne will show works produced after that long hiatus, along with childhood objects – toys, a cereal box, bathing caps – whose forms, colours, and aura may have influenced King’s art of shape-shifting fish, imaginary creatures, and familiar cartoon characters in vibrant pictorial space. Her work has notably crossed over into the broader contemporary-art market; it will be featured at Marlborough Contemporary, in London, in June.”