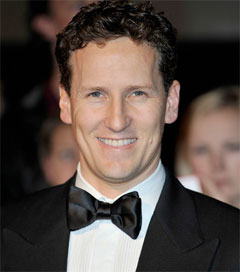 Strictly Star Sambas off to Sunderland

Strictly Come Dancing star New Zealander Brendan Cole, who is currently starring in the hit BBC show with celebrity dance partner Sophie Ellis Bextor, is taking his own show, Licence to Thrill to Sunderland on 8 February.

Cole says the audience can look forward to a fusion of Strictly favourites with some more fiery elements thrown into the mix.

Speaking in between rehearsals for Strictly, he said: “The tour is new to Sunderland so I’m excited to take it to a new audience. It’s a real experience for people.”

Cole’s dancers on the tour include a cast that have been in Dancing With The Stars in France, Australia and Mexico, as well as stars from the Broadway hit Burn the Floor and Strictly Come Dancing, and his brother Scott.

The 37-year-old, who moved to London when he was 19 to pursue his dancing dreams, has appeared in millions of British television viewers’ homes in all 11 series of Strictly Come Dancing.

As well as lifting the winners’ trophy with Natasha Kaplinsky back in series one, he has partnered many different celebrities including Lisa Snowdon, Kelly Brook, Victoria Pendleton, Destiny’s Child singer Michelle Williams and Lulu.