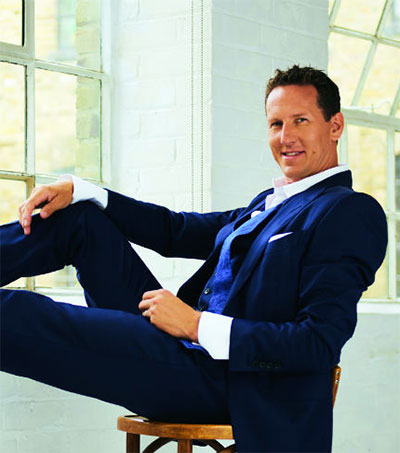 In an exclusive interview and photoshoot for Hello!, former Strictly Come Dancing star Christchurch-born Brendan Cole, 42, has announced that he will be writing a weekly column on the new series of the BBC One dance show for the UK magazine online.

Cole will be giving his verdict on everything from the judges’ comments to the performances of celebrity contestants.

“It’s really nice to be joining Hello! I’ll be open, honest, frank and positive,” Cole said. And he added that he is looking forward to bringing his own opinions to the table – opinions which may clash with those of the Strictly judges.

Since he lifted the coveted Glitterball trophy on the 2004 series of Strictly, when he was partnered with newsreader Natasha Kaplinsky, Cole has quite often been able to predict the star dancers from early on. “I’ve only missed a few,” the dancer said.

“When you meet the cast for the first time, you see how people carry themselves, how they move.”