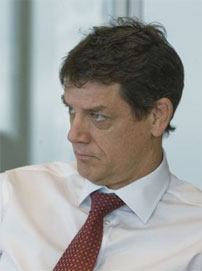 Investment banking faces a shakeup and only large commercial players and boutiques offering outstanding service will survive and prosper, New Zealander Stephen Jennings, the head of Moscow-based Renaissance Group says. “The industry will end up with a barbell of a small number of these enormous, essentially commercial banks, which have investment banking operations,” Jennings says. Jennings has diversified Renaissance so that only 20 per cent of its value is in the investment bank; other parts include consumer finance, asset management, real estate and wealth advice. The bank is doing better now financially than it was a year ago, he says. “The key is who can strategically reposition themselves for what is a vastly different world.”