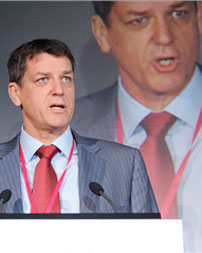 Taranaki-born businessman Stephen Jennings, Renaissance chief executive, is one of the “world’s smartest money” affirming that the next big emerging market may be Africa. “It is the only region in the world where growth is accelerating,” Jennings said by phone from Moscow, where he is based. “If you strip out South Africa, the rest of the region is actually growing very, very quickly.” Jennings says he believes Africa is following the path to economic development that has been trod in recent decades by countries like Brazil, China and India – only in Africa the transformation is happening even faster. By 2050, he believes Nigeria will be the most populous country in the world and the African economy will be bigger than that of the United States and Europe combined.