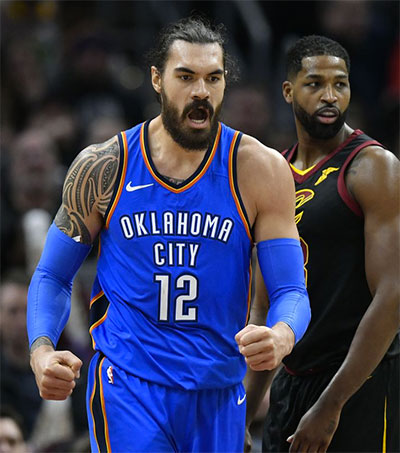 According to Forbes, “the 100 top-earning athletes hail from 23 countries and compete in 11 sports with Americans (65) and basketball players (40) the most prevalent. Over the last 12 months, they banked a cumulative $3.8 billion with 23 per cent derived from endorsements and appearances.

“The 7-footer kicked off a four-year, $100 million contract during the 2017-18 NBA season. His $22.5 million salary was seven times the $3.1 million Adams earned the previous year under the NBA system, which caps the first contract for NBA draftees. Adams was drafted No 12 overall in 2013 after one year at the University of Pittsburgh (he played professionally one year in his native New Zealand but eschewed a salary to keep his college eligibility). Adams endorses Adidas and Coca-Cola’s Powerade brand.”

Rotorua-born Adams played one season with the Wellington Saints in 2011, before moving to the United States in 2012 to play in Pittsburgh.