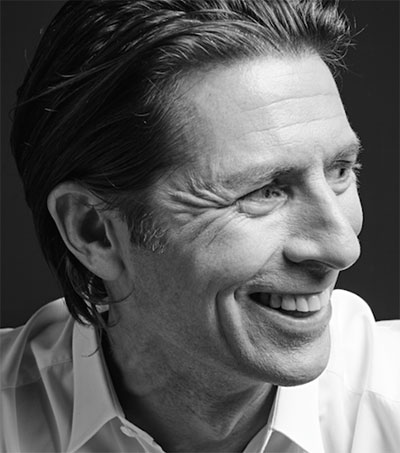 Global chief creative officer at Cheil Worldwide, New Zealand-born Malcolm Poynton, talks to Adweek in Las Vegas about the “lasting genius” of the “legendary” Dove Campaign for Real Beauty and some of his other favourite advertisements.

Poynton, who was in Nevada where he was leading the integration jury judging at LIA (formerly known as London International Advertising Awards), was one of the key architects of the original “Real Beauty” work, a dozen years ago at Ogilvy London.

One of Poynton’s prized campaigns is Sony Bravia Balls, which was shot down the streets of Russian Hill in San Francisco.

“It just has so many elements to it. I could watch it again and again today, and it makes as much poetic sense and indelible impression as it ever did when it was launched,” Poynton says.

“It’s just got this uniquely powerful mnemonic aspect to it that really sticks with you and [Sony] own colour like no other.

“Something a bit closer to home for me is Dove’s Campaign for Real Beauty. It’s a great example of how brands can balance commercial imperatives with a contribution to society. And I love the fact that so many people have contributed to this and the story evolves. It’s still got that very clear thread running through it as to what it’s all about.

“I’m a huge fan of Intermarché’s Inglorious fruits and vegetables [campaign],” he says. “This has had such a massive impact that we’ve seen it influence other supermarket chains around the world.”

“[These campaigns are] an important part of where the industry is going. It’s not just marketing communication, in the traditional sense of telling someone something, but actually [about] getting people to experience all of the fantastic things that a brand can [give] to society.”

Prior to joining Cheil, Poynton was European chief creative officer and a member of SapientNitro’s global leadership team.

He lives in London.