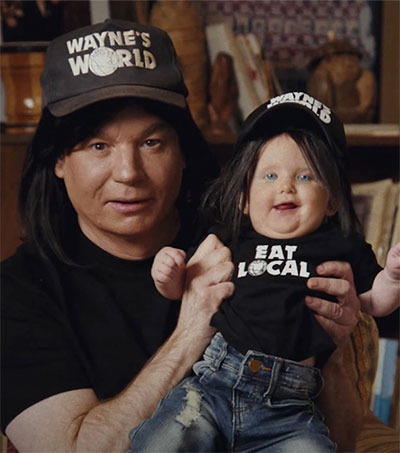 In just about every Super Bowl, there are ads – and, by extension, an agency or two – that come out of nowhere and make a splash, Doug Zanger reports for US industry publication, Adweek. This year, New Zealand-founded Special Group, arrived on the Super Bowl scene, seemingly out of nowhere with an Uber Eats ad.

It was high-profile stuff, according to Zanger, starring Dana Carvey and Mike Myers reprising their Wayne’s World personas, with a Cardi B cameo.

This isn’t a one-hit-wonder or a new agency on the scene. The Auckland shop (with an office in Sydney) broke ground in 2007 and has built a progressive, consistent and increasingly high-profile presence. Late last year, Special Group opened a Los Angeles outpost and with it came the plum Super Bowl assignment for Uber Eats.

“This is a success story 13 years in the making, and it’s been building momentum,” said Tony Bradbourne, Special Group founding partner, noting that a project for a New Zealand broadband provider starring Iggy Pop initially put the agency on the map. “We’ve always had ambition, and when you start anything you want to change the world – and we want to do amazing work that’s not restricted to scale or geography.”