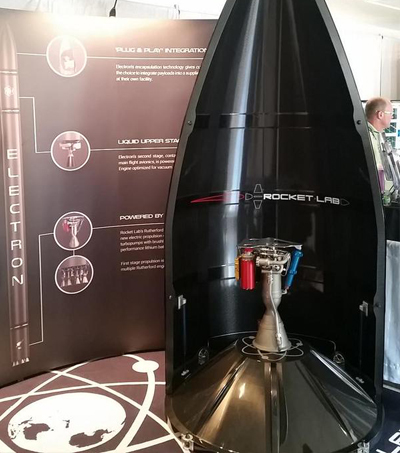 The next revolution in space will be launching next year from a paddock in New Zealand’s remote South Island – a 16-metre carbon-cased rocket powered by a 3D-printed rocket engine.

The rocket designed by Rocket Lab will weigh 1,190 kilogrammes, which is a lot lighter than other privately developed launch vehicles going into space.

Rocket Lab is aiming for up to one launch a week from around 2018.

“One advantage of New Zealand being this little island nation in the middle of nowhere is that’s the perfect place to launch a rocket,” said Peter Beck, Rocket Lab’s CEO.

Together with Silicon Valley-based Moon Express, the New Zealand company aims to send a rocket to the moon in 2017 in a bid to win Google’s $20 million Lunar X prize.

“The bread and butter of new launch companies will be the burgeoning small satellite industry, as players such as Google, Virgin and Samsung plan satellite constellations to carry communications infrastructure and gather data from low-earth orbit,” according to the article.

He predicts that three separate internet broadband ventures aiming to “provide low-cost internet from the top of the Himalayas to the middle of the Sahara desert are being planned by One Web, Samsung and SpaceX, with support from Google” will require 6,000 new satellites over the next four years.