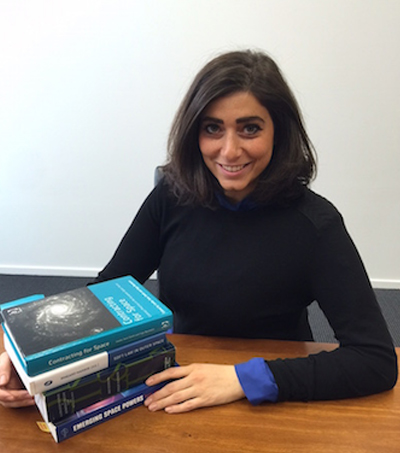 In Space, No-One Can Hear You File Legal Suit

Kiwi lawyer Dr Maria Pozza is one of a handful of specialists operating in the arcane world of legal outer space. Sam Lock reports for The Daily Mail.

Dr Pozza tells the Daily Mail there is a well-developed legal jurisprudence regarding activities in space, such as launch site licencing and fuel payload limits, but the question of who owns space remains a fraught legal question.

Territorial claims over space are “a little bit like the high seas and regions of Antarctica,” she tells the Mail, which labels her position as New Zealand’s coolest job.

“'[Space] is for everyone but is owned by no one,” the New Zealand-based lawyer told Radio NZ.

“In actual fact there is no formal demarcation as to where air or air law ends and where space or space law begins,” Dr Pozza explains.

But issues around liability and how law applies to commercial activities, which is what attracted Dr Pozza to international space law when studying her PhD, have been brought into sharp focus by US President Donald Trump’s recent pronouncements.

President Trump wants to establish a US Space Force, commenting: “It is not enough to merely have an American presence in space; we must have American dominance in space.”

“Trump also signed a new Space Policy Directive in June which includes new policies for commercial space regulations in a bid to ease regulations on private industry in space,” as reported in the article.

“I think there is probably going to be a call by the international community for some clarification on what Donald Trump has in mind,” she said.