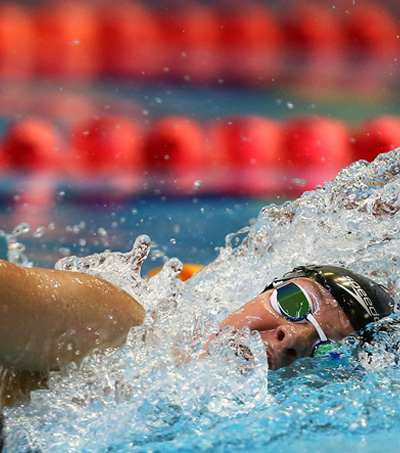 Sophie Pascoe, a New Zealand superstar in the Paralympic swimming community, has broken her Paralympic world record of 1:03.95 in the 100 fly for the S10 division with a 1:03.72 at the New Zealand Open.

One of the biggest surprises of the entire session came in the men’s 200 IM. Bradlee Ashby won by almost four seconds and challenged Dean Kent’s eight-year-old national record of 2:00.30 with his 2:00.76.

The competition also showed two promising candidates for the 2016 Olympics in the 400 free.  Michael Dai, who is seeking to switch sports citizenship from China, won the race with 3:50.64 followed by continuously impressive Matthew Stanley with a 3:50.73.