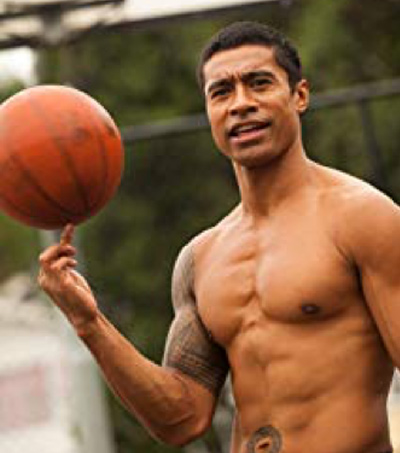 CNN reported that police were called to an address in Wellington and found his body, according to media reports in the country.

Magasiva played Shane Clarke, the Red Wind Ranger, in “Power Rangers Ninja Storm” — the 11th television installment of the popular superhero franchise. He made guest appearances in Outrageous Fortune and Diplomatic Immunity, and also starred in the titles role alongside his brother Robbie in the critically acclaimed 2006 film Sione’s Wedding.

Writing in Stuff, writer, actor and director Oscar Kightley said that Magasiva’s “loss is being felt keenly in the screen industry in which he worked, particularly the country’s Pasifika arts community of which he was an integral part. He was a mentor and role model to those coming through and a source of pride for all of us who watched his rise since he left Wellington as a young man and moved to Auckland to follow his dreams.

“Dreams that will have to now be carried on by the many he inspired with his work, his laughter, his energy and his sheer spirit. Pua was like lightning in a bottle, who did everything in life at top speed.

“The outpouring of support for the family from around the country has been immense. I hope his family were able to take a measure of comfort and peace from seeing the impact the young man they raised, had on the world.

“At his funeral, mention was made of Pua’s demons and the unresolved questions left behind. The sort of questions that always remain after a death in which there are no suspicious circumstances.

“And there’s been too many of these deaths in New Zealand. Too many other families in the country who know something of the pain that Pua’s family will be going through.

“Pua was so loved by so many, who all would have done anything from something tiny to something significant, to support him through his troubles.

“Pua Magasiva may be gone, but he will never be forgotten. The world already feels a lesser place without him. Manuia lau malaga uso, and as Shakespeare eloquently wrote: goodnight, sweet prince and flights of angels sing thee to thy rest.”