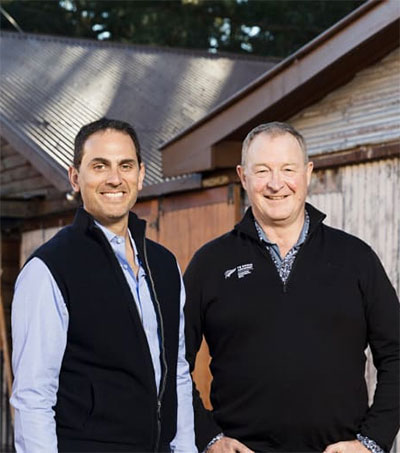 The Australian’s wine columnist James Halliday was introduced to self-made billionare, American Brian Sheth by New Zealand-born and bred Steve Smith MW (pictured right), who in 1996 had become the world’s first Master of Wine in Viticulture – a path followed by others since, but not many. From 1995-2015, Smith was managing director and co-founder of New Zealand’s most prestigious winery, Craggy Range.

Smith has an open face and a ready smile, and a list of activities and achievements as long as your arm, Halliday writes for the newspaper. Sheth is more reserved, but the two have become firm friends, with the incorporation of the jointly owned Smith & Sheth Wine Company Limited in 2016. Their long-term aim is to build a portfolio that covers most of New Zealand’s best wines. The collaboration brings together a deadly combination of wine know-how and unlimited capital.

“The original idea was for me to find great parcels from exceptional vineyards, curate them, and we’d create a brand around that. We’ve done that by collecting an initial group of wines under the Smith & Sheth ‘CRU’ banner. In that way, we’re like an old-fashioned Burgundian negociant – owning vineyards is not what it’s about, but provenance is still championed,” Smith told Cuisine magazine last year.

“Then the opportunity came to buy existing brands that were proven and which we admired. That’s when we expanded to create Aotearoa New Zealand Fine Wine Estates. This will be a collection of wine estates under one umbrella. Each estate retains its individuality and brand identity, but by bringing them together with our resources, we can raise their profiles in a way they couldn’t individually.”