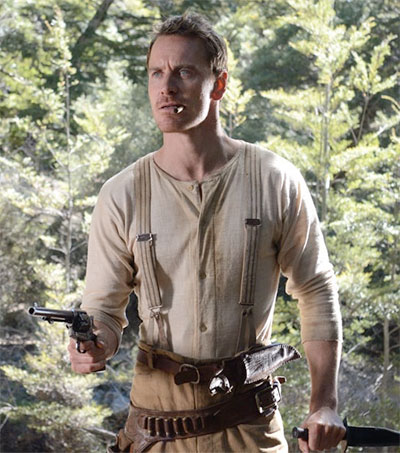 “Maclean and cinematographer Robbie Ryan create a landscape that is dauntingly beautiful. The high desert mountains and gruellingly flat plains look like a heightened version of American scenery, though the film was shot in New Zealand.”

In an Atlantic review David Sims also praises the locale writing that “the landscapes are gorgeous, and Maclean frames his scenes beautifully.”

The film premiered at the 2015 Sundance Film Festival where it was awarded the Sundance Institute’s World Cinema Jury Prize.

Slow West is on now in cinemas throughout the United States.

Original article by Marshall Fine, The Huffington Post, May 11, 2015.