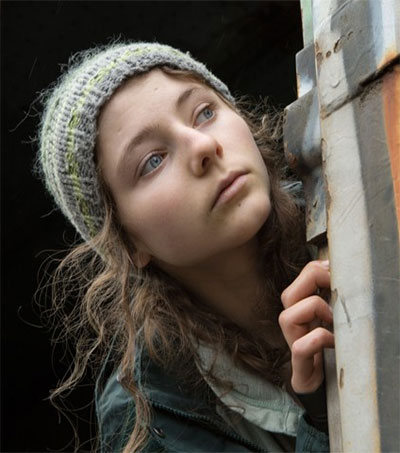 Wellington-born teenager Thomasin McKenzie is named one of the year’s “standout stars” by The Atlantic for her role as ‘Tom’ in director Debra Granik’s celebrated 2018 film, Leave No Trace.

“Granik has a way of picking future stars: Her last fiction film, 2010’s Winter’s Bone, was a breakout moment for its steely young lead, Jennifer Lawrence. Granik’s latest effort, Leave No Trace, likewise announces a major talent in Thomasin McKenzie, an 18-year-old New Zealander who plays the young survivalist Tom with a mix of warmhearted guilelessness and rugged perseverance,” David Sims writes for the magazine.

“In depicting a character raised in the wilderness by her father, McKenzie never leans into stereotypes: Tom isn’t feral, nor is she so awkward that she can’t make other human connections once she’s brought into the social world. She’s just entirely lacking in affect, irony, or self-deprecation, in a way that makes her seem strikingly different from ‘normally’ socialised teens. Especially at such a young age, it takes uncommon talent to convey that difference so subtly – talent McKenzie obviously possesses.”