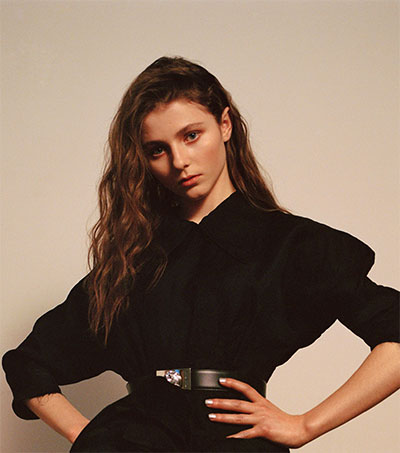 There is many a film fan who believes McKenzie deserved more attention from awards bodies for her breakthrough performance as a US teen living off-the-grid with her PTSD-suffering veteran father (Ben Foster) in Debra Granik’s Leave No Trace, Mark Salisbury writes for Screen. As it was, McKenzie – whose father is a director, her mother an acting coach, and her 92-year-old grandmother, with whom she lives, acting legend Kate Harcourt – was not nominated for an Oscar or Bafta.

Nevertheless, McKenzie found herself dubbed the “next Jennifer Lawrence” and much sought after in Hollywood and beyond. “It became a whirlwind after Leave No Trace, getting an agent at UTA, working all over the world,” she says. “I got a lot of opportunities from that film, which I’m really grateful for.”

One such opportunity was Waititi’s “anti-hate satire” Jojo Rabbit, which won the audience award at Toronto International Film Festival and is being tipped as an awards frontrunner for backers Fox Searchlight. McKenzie plays Elsa, a Jewish teen in Nazi Germany forced to live, Anne Frank-style, in the walls of a house, harboured by resistance member Rosie (Scarlett Johansson). There, she forms a touching friendship with Rosie’s young son Jojo (Roman Griffin Davis), whose imaginary friend is a buffoonish Adolf Hitler played by writer/director Waititi.

Even before she arrived in Prague to shoot, McKenzie had thrown herself into research. “I knew I had to approach this role with a lot of care. I went to Terezin concentration camp outside Prague. I went to the Jewish quarter in Prague. I visited synagogues and read books. Going into the project, I felt a bit more confident having that knowledge. And so the first time I met Taika in person, we sat down to have dinner and I told him the preparation I’d done, and he went, ‘Nope, scrap that, watch Mean Girls and Heathers.’”

In addition to Jojo Rabbit – which the now-Disney-owned Fox Searchlight released in the US on 8 November – McKenzie can also be seen, briefly, in David Michôd’s The King. She has much more sizeable roles in Justin Kurzel’s True History Of The Kelly Gang and Edgar Wright’s Last Night In Soho.