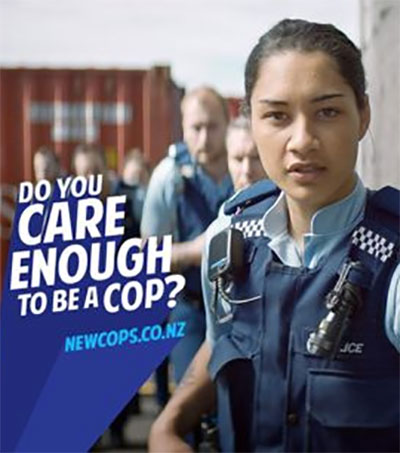 “Every year, American police officers kill roughly 1000 people. By comparison, New Zealand police officers kill, on average, about eight people per decade. Even if you adjust for the differences in population size, the gap in police violence is staggering,” American political scientist Brian Klaas writes in an essay from his forthcoming book, Corruptible: Who Gets Power and How It Changes Us. The essay was recently published in The Atlantic.

“While American discourse has been focused on what the police do, New Zealand decided to improve upon its already-low levels of police violence by focusing on who the police are,” Klaas writes. “As I discovered in my research, the profession of policing is heavily skewed by a self-selection bias.

“New Zealand recognised the potentially dangerous police self-selection effect and decided to tackle it head-on … launch[ing] a recruitment scheme designed to attract people who normally would be much less likely to consider becoming an officer.

“After the PR campaign was launched in 2017, not only did a wider range of personality types apply, but applications from women and ethnic minorities dramatically increased too.”