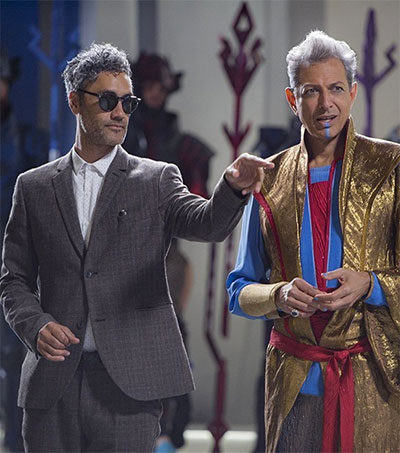 Is Making a Marvel Movie Good for Directors?

Filmmakers like New Zealander Taika Waititi can keep never-ending movie sequels from feeling stale, while also attracting critical approval. But are the bonuses that come with Marvel’s largesse enough to combat the downsides of being part of a much bigger machine? The Atlantic investigates.

“Waititi, the Wellingtonian behind wonderfully offbeat comedies like What We Do in the Shadows and Hunt for the Wilderpeople, has been full of praise for the Marvel process during the Thor: Ragnarok press tour,” David Sims writes for the publication.

“In an interview with Sean Fennessey on The Ringer’s ‘Big Picture’ podcast, he said the studio (which is owned by Disney) basically left him alone during filming, and that he encouraged improvisation and humour on set (which shines through in the finished product, as Atlantic journalist Christopher Orr noted in his review).

“Yes, Waititi allowed, Marvel had the movie’s major plot points set in stone and exerted a lot of control over the action sequences and visual effects. But the extent to which Thor: Ragnarok – the third Thor film and the 17th Marvel film overall – feels like a Taika Waititi movie is impressive.

“By now, the director has made his mark in a way that should guarantee him the freedom to do whatever he wants for his next project. After all, what studio wouldn’t want to team up with Waititi, given that his most recent film opened to solid reviews and $121 million in its first weekend? But it’s actually hard to detect much of a career bump for filmmakers who have enjoyed success with the studio in the past – which is puzzling, considering the sheer volume of popular and profitable films Marvel has made. Nine years after the studio launched its ‘cinematic universe,’ directing a Marvel movie still mostly seems to set you up to make more Marvel movies, or other franchise entries like them.

“Waititi may well make another Thor, but he’s been clear about his desire to keep working on his own scripts too.”