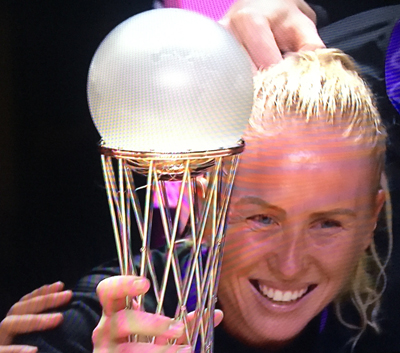 New Zealand’s Silver Ferns are Netball world champions after a one-point win in Liverpool over long-time rivals Australia. The Noeline Taurua-coached team saw a seven-point advantage whittle down to a one-point lead in the fourth quarter but held on to take the trophy.

Though the most experienced team at the tournament, the Silver Ferns were underdogs going into the competition after a dire 2018 which saw then fail to medal at the Commonwealth Games for the first time, and lose more games than they won. In making the semi-finals in Liverpool, the Silver Ferns proceeded to stun a confident England team 47-45 in front of a raucous stadium of 10,000 English supporters. Before the final the Australians exuded confidence, with the Sydney Morning Herald declaring the Diamonds winners before the final had been played.

Outstanding for the Silver Ferns were goal shoots Ameliaranne Ekenasio and Maria Folau, captain Laura Langman, and Casey Kopua who intercepted twice late in the game to crucially protect their lead.