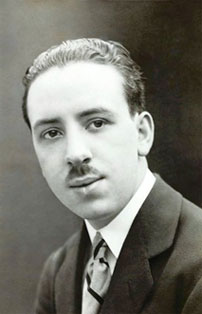 A thirty-minute portion of The White Shadow, a 1923 silent film that is considered to be Alfred Hitchcock’s first credit, has been found amongst a collection of unidentified American nitrate prints in the New Zealand Film Archive. The American National Film Preservation Foundation sent nitrate expert Leslie Lewis to assist staff at the Archive. “We pulled a bunch of reels from the nitrate vaults and I just started going through them,” Lewis said. “White Shadow was initially labelled Twin Sisters.” Inspecting the footage on the light table, she knew that this was a quality production because the tinted images were striking. “I realized that this was most likely a film a film that Hitchcock worked on.” Hitchcock, who was just 24 at the time, was the writer, assistant director, editor and production designer on the melodrama, starring Betty Compson as twin sisters — one good and one bad — and Clive Brook. The White Shadow will have its “re-premiere” on 22 September at the Academy of Motion Picture Arts and Sciences’ Samuel Goldwyn Theater in Los Angeles.