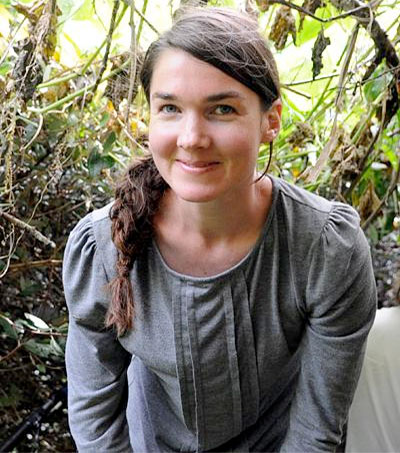 Filmmaker Alyx Duncan’s conservationist father is the inspiration for her latest work, a short film mixing puppetry with live action called, The Tide Keeper. The film makes its premiere at the 2014 Palm Springs International Shortfest.

Duncan’s father, avid sailor Lee Stuart, is 72 years old. He’s spent a lifetime studying the marshlands around New Zealand, a breeding ground for 90 per cent of the fish in the area, and the land mass made from plastic debris in the Pacific Ocean known as Plastic Island.

But, for all of his academic achievements, Duncan has often heard her father say, “What does it matter if I die? What actions have I taken to change anything?”

So Duncan made him the central character in The Tide Keeper. Using her background as a dance choreographer, she created a nightmare scene in which the old sailor is in bed and his sheets become ocean waves and his body, representing a land mass, is in danger of being enveloped and drowned, like a die-off of a natural life form.

To remain true to his environmental convictions, the film was shot in her father’s house and no materials, except what was needed for the puppets, were brought in from outside sources. All props and sets were made from materials Duncan’s parents had “hoarded,” as Duncan put it.

Duncan’s first feature film The Red House, about her parents, was the Winner of Best Self Funded Film at the 2012 New Zealand Film Awards.