NZEDGE  >  News  >  Sport  >  Motorsports  >  Shifting into Another Gear Ahead of Baltimore 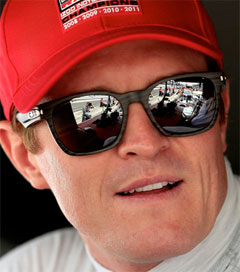 Shifting into Another Gear Ahead of Baltimore

New Zealander Scott Dixon, who has the most wins (31) in the 17-year history of the Indy Racing League and who is the only driver to finish in the top five of both runnings of the Grand Prix of Baltimore, has even loftier aspirations, according to The Baltimore Sun’s Edward Lee.

“Finishing in the top five is one thing, but winning it is something totally different,” Dixon said this week. “We always try to remember that when we go to races, we go there to win, and that’s what we’re definitely trying to do this year. Top five is an OK result, but it’s not something that you’re looking for all the time.”

Dixon, 33, finished fifth in the inaugural event after starting 10th. Last September, he was fourth after qualifying third. Those outcomes have Dixon confident about the 1 September race.

“It’s a fun track,” he said of the 3.28km circuit in Baltimore. “It’s a track that we generally have really good speed at. The street courses have been very good for us recently, and Baltimore hopefully is no different.”

Dixon, who has captured IndyCar Series titles in 2003 and 2008, got off to a decent start this year but shifted into another gear in July when he won the Pocono IndyCar 400 and swept the Honda Indy Toronto doubleheader. Those victories propelled him from seventh to second in the points standings; with 422 points, he trails Helio Castroneves by just 31.