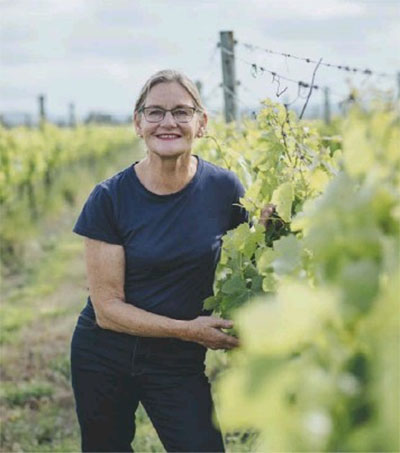 Sharing the Enjoyment of Wine with Jenny Dobson

Jenny Dobson is one of New Zealand’s most experienced winemakers. But she didn’t actually start making wine in New Zealand until 1996. That was still early days for the New Zealand wine industry. When Dobson wanted to learn how to make wine, in 1979, her home country offered no wine education whatsoever. Forbes contributors, Per and Britt Karlson chat to the “wine consultant with a French touch” for a recent online feature.

“I had a chemistry degree,” Dobson tells the Karlsons, “And I wanted to learn about wine. So, I went to the country of wine, France. I was very lucky to work with wonderful people in France. I learnt the philosophy of wine, the enjoyment.”

Already as a young girl, she was fascinated by aromas. “When I grew up, there were very few licensed restaurants in New Zealand and no culture of wine. But my father is English and we drunk wine at home and I got to taste and I was fascinated by the different smells of wine. I think that was why I was driven towards wine. In fact, there is a scientific base to winemaking, but there is also an artistic side to wine that doesn’t follow the rules of chemistry. It challenges you. I actually find I get more enjoyment from the artistic side. But it does help to have a degree in chemistry.”

Dobson spent 16 years in France, mostly in Burgundy and Bordeaux. In 1995 she spent a year in Western Australia. They make some lovely wines there, she says, but for family reasons, she wanted to go back to New Zealand. “At the time New Zeeland was still very much a pioneer in winemaking so it was very interesting. I came back in 1996.”

She settled in Hawke’s Bay. She spent 12 years as chief winemaker at Te Awa Estate. Now she works as consultant winemaker at several estates in Hawke’s Bay, such us Unison Vineyard, William Murdoch and Sacred Hill. She also makes her own wines. There are currently two wines in the Jenny Dobson range, a white and a red.

She points out that Hawke’s Bay syrah is another discovery to be made. “I love our syrah. They are world-class and offer such great diversity. And our Bordeaux blends have a New Zealand freshness about them that sets them apart.”

Original article by Per and Britt Karlsson, Forbes, April 21, 2020.