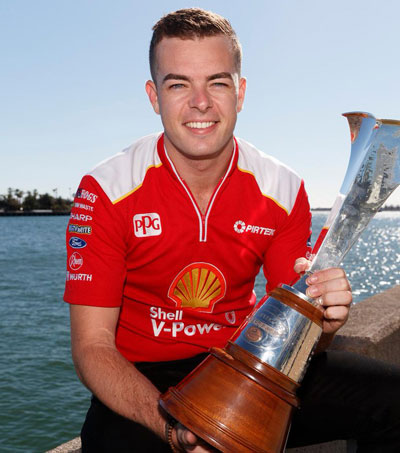 “A year after his career’s lowest point, Ford’s Scott McLaughlin has claimed his maiden Supercars championship title,” writes Laine Clark in an article for The Sydney Morning Herald.

“McLaughlin only needed a top-six finish to hold out fellow Kiwi Van Gisbergen and secure his first championship. But McLaughlin knew only too well that it was easier said than done on Newcastle’s tough 2.6km street circuit.”

Last year McLaughlin “only needed a top-11 finish in the final 2017 race to secure his first title and was in the box seat by claiming pole with a 78 point series lead. But he suffered three penalties as Jamie Whincup came from the clouds to win a record seventh crown.”