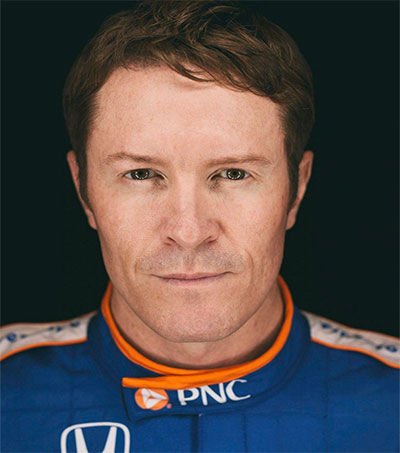 “AJ Foyt, Mario Andretti, Scott Dixon – sounds kind of odd, don’t you think?” Dixon joked. Dixon, 38, has re-signed a multi-year contract with Ganassi, meaning he has a decent shot at eclipsing Foyt and Andretti for the history books.

Post-race, IndyCar brought the affable Dixon to New York to celebrate. Over lunch at Time Warner Center, he discussed many things racing. But one topic that wasn’t on the menu was the passenger car he drives in Indianapolis, Indiana, where he resides with his wife, Emma, and their two children. It isn’t a Ferrari or Lamborghini, but an Acura MDX SUV.

Dixon, a New Zealander nicknamed “The Ice Man” because of his cool demeanour on the track, seems always to be no-nonsense and practical. “But Honda did loan me the new Acura NSX for a weekend,” he added, eyes widening. “Now that’s a flashy car.”