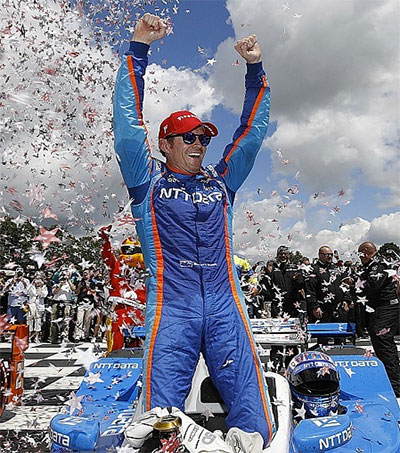 Scott Dixon One of the Best Drivers of All Time

Dixon has scored 41 race wins in his IndyCar career, which stretches back to 2001, and this leaves him just one victory shy of joining Michael Andretti in third on the series’ all-time list, behind only AJ Foyt (67) and Mario Andretti (52).

“I think when you’ve won as many races as Scott has won, and championships, and big races, he’s learned to exhale,” Hull said. “And I think he’s the kind of person who works hard for getting the best result from today.

“I think he will go down as one of the best of all time, from a comparative standpoint.”

Hull said that Dixon’s ability to adapt had been key to his remaining in championship contention in 2017, despite the team’s switch from Chevrolet to Honda.

Remarked Hull: “If you study Scott’s career, I would say there’s five, maybe six changes in the IndyCar formula over his career span. He continues to run at the front.”