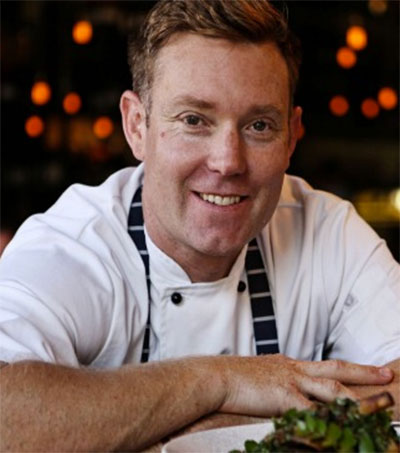 Plenty of restaurants around Australia are creating unique sourdough breads these days. It’s a welcome development. But in a delightful example of chicken and egg, New Zealander Scott Brannigan’s Bread in Common is a restaurant that was built around the creation of a loaf.

The heart of this urban renewal oasis in Fremantle is its wood-powered bread oven, and just about every dish, from breakfast to dinner, incorporates the house bread in some manner.

Brannigan was reared in Patea, where his father and grandfather were meat inspectors. Later, Brannigan’s parents moved into hydroponic tomato growing on a large scale. “It’s fair to say the respect for produce was ingrained fairly early,” Brannigan says.

Catering to vegan, vegetarian and pescetarian choices is an important part of the BiC approach. “I’ve always been interested in creating dishes where the vegetable is king and the protein is its sidekick,” he says.

Wood-fired bread being the main carb, at the restaurant it was important to provide a scattering of dishes with a starch to mop up the plate that wasn’t bread.

“Sweet potato filled that brief. It is so versatile and adding other elements just makes it sing. This dish compliments my proteins and fits perfectly within a share plate setting, which is what BiC is all about.”