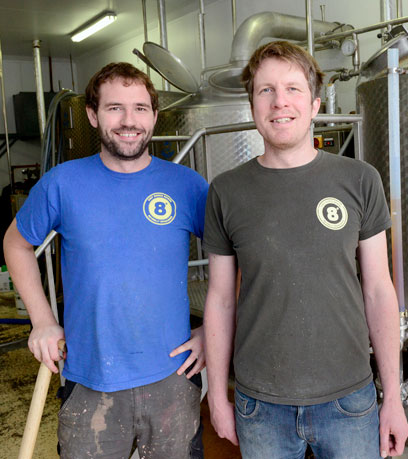 Baigent, (pictured right, with head brewer Mike Magee) a former engineer and Australian Cameron Wallace, a former accountant, started their brewery in Ballyhoura, County Cork because they lived and breathed craft beer and lamented the lack of it in Ireland at the time.

A good move, it seems; just a few years in, and they are in the midst of a hugely ambitious expansion to keep up with a demand that has been growing by 40-50 per cent each year. They have purchased the equipment from a dismantled brewery in Mauritius, and are shipping the whole lot over.

“It will mean a tenfold increase in production capacity, and moving to a new site in Mitchelstown,” Baigent explains. “In Irish craft brewing terms, it gives us quite a significant capacity.”

Almost more important, he adds, is the fact that the new equipment is pretty much the best that you can get. “It’s the same system used by some of our heroes in the brewing world, such as Sierra Nevada in the US. So it will lift the quality bar.”

The two employ six staff as well as themselves, and hope to begin construction at the new site in early summer, with a view to being operational by end of year.