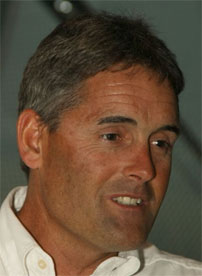 CEO of Oracle Racing Russell Coutts is New Zealand’s highest paid athlete and the only sailor to make the ESPN sporting rich list of athletes from 182 countries. Wellington-born Coutts has won the America’s Cup as skipper more times than anyone in the competition’s history. He won the cup as skipper three times, in 1995, 2 and 23. He was CEO of BMW Oracle Racing when it won the Cup in 21. Coutts has been honoured with a Commander of the Order of the British Empire and the Knight Companion of New Zealand Order of Merit and has twice been the International Yacht Racing Union’s World Sailor of the Year.