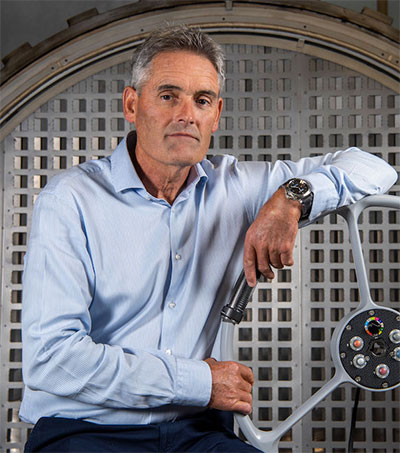 Five-time America’s Cup winner Russell Coutts believes the format used in the New Zealander’s annual SailGP league could be adopted by the Olympics as the sport looks to modernise.

Sailing has been a staple at every Summer Games bar 1904 but the International Olympic Committee (IOC) are looking at ways to reach a younger demographic, with Coutts endorsing the use of modern technology to widen the sport’s audience.

“Just because we have produced sailing pictures in the same way for the last 30, 40, 50 years, it doesn’t mean that with modern technology the same rules apply,” Coutts said in Tokyo, the 2020 Olympics host.

Coutts, who also won an Olympic gold in the Finn Class competition in 1984, was speaking at an event to promote SailGP, the league he created alongside long-time Oracle Team USA team principal Larry Ellison.

The new tournament, which starts in Sydney next February, involves six national teams sailing in a six-meet series that ends in a two-boat $1 million finale. SailGP races will be held in Sydney, San Francisco, New York, Cowes on the Isle of Wight and Marseille.

A key aspect of the format is that the 50-foot foiling catamarans that will be used by each team are identical, ensuring a level playing field for each of the five-man crews.

Coutts believes this, combined with the use of modern filming techniques, the proximity of crowds watching races and availability of data, is a game-changer.

“Right now, they are relying on helicopter coverage of sailing but at SailGP we are moving to drone. With drones flying at a lower level, I think that is going to change the sport dramatically,” Coutts added.

“You have so many different camera angles to exploit and you can tell the story visually in a much more compelling way.

“I think the sport has suffered for a long time because of the traditional approach to it. Now, with a more modern approach it seeks to gain a lot more than others.”