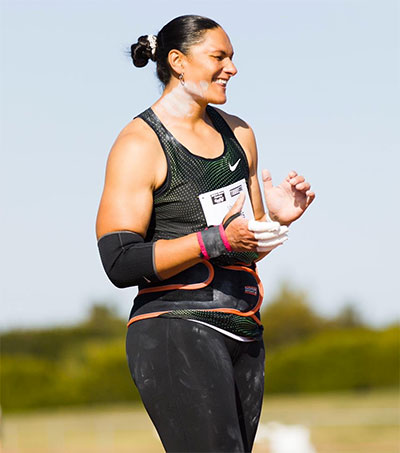 Double shot-put champion Valerie Adams, 35, has qualified for her fifth Olympic Games after the New Zealander spent almost two years out of competition, Reuters reports in a story published by The New York Times.

Adams gave birth to a son last March and had not competed since July 2018. She only returned to competition in early 2018 after having her first child, a daughter named Kimoana, in 2017.

“These are Games I’m really excited about attending, especially going as a mum of two now,” Adams told TVNZ after qualifying for the 24 July – 9 August Tokyo Games with throws of 18.55 and 18.65m at the Potts Classic meeting in Hastings.

“The last time I competed was 20 months ago so it has been a long road but quite an exciting journey,” Adams said.

Adams finished seventh as a teenager at Athens in 2004 and won gold at Beijing and London before being pipped in Rio by American Michelle Carter’s massive final throw.

She took time off after Rio to have her first child and made her international return at the 2018 Gold Coast Commonwealth Games, where she clinched silver.