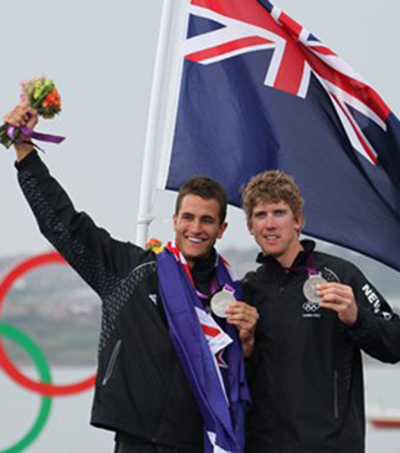 Peter Burling and Blair Tuke had already secured Gold before starting the 49er skiff event, thanks to five race wins with all top ten places in the preceding rounds.

This gave Burling and Tuke an unassailable lead on the points table going into the final race in Santander.

Yesterday the New Zealand sailors Peter Burling and Blair Tuke hammered home their dominance of the 49er class with a final victory in the medal race.

“We wanted to come out and put on a good show today and give the fans back home something to cheer about as well, and we came out firing and sailed a really good race. We really enjoyed that last one,” Burling told Stuff.co.nz.

Tuke was thrilled that he and Burling were able to continue their remarkable form at the worlds.

“We’ve really nailed it this week, and it’s taken a heck of a lot of hard work. We’ve sailed really well all year, but to perform at the event that you want to is really pleasing.

“It’s not just one thing, but we’re executing a lot of things well, and its pleasing to put it on at the World Championships.” Tuke added.