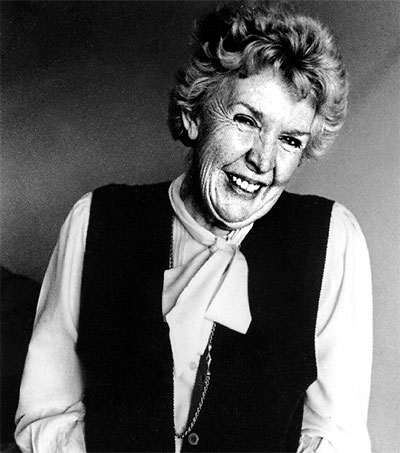 In the 1940s, many people resented the fact that a New Zealander was telling Australians about slums that many denied even existed. But author Ruth Park had been living in a run-down part of Sydney, like hundreds of others forced to live there because of a wartime housing shortage, Troy Lennon writes in a ‘Today in History’ piece for the Daily Telegraph.

Park came to know and understand the working class Irish Catholics of Sydney, although she was not working class, nor Irish, nor born in Australia.

Her bestselling novel The Harp In The South didn’t shy away from tough topics such as poverty, crime, violence, teenage pregnancy and abortion. But it was also a warm, funny, compassionate tribute to the Surry Hills slum dwellers. It was her empathy that so endeared her to Australian readers.

Park was born Rosina Ruth Lucia Park in Auckland, on 24 August 1917. Her Scottish father had migrated to New Zealand to work as a labourer on road- and bridge-building projects. Park spent her early years as the solitary child in camps for road workers. Romping in forests she developed a fertile imagination, also inspired by her father’s tales of Scottish heroes.

Moving to Norfolk Island in 1974 she continued to write, both fiction and nonfiction on subjects from history to myths and legends. Her novel Swords, Crowns And Kings won her the 1977 Miles Franklin Award.

Her last books published included a two-part autobiography A Fence Around The Cuckoo (1992) and Fishing In The Styx (1993).

Tags: Daily Telegraph (The)  Ruth Park  The Harp in the South